Steinbeck heads Down East to Maine

The ‘Travels With Charley’ Timeline — Day 4 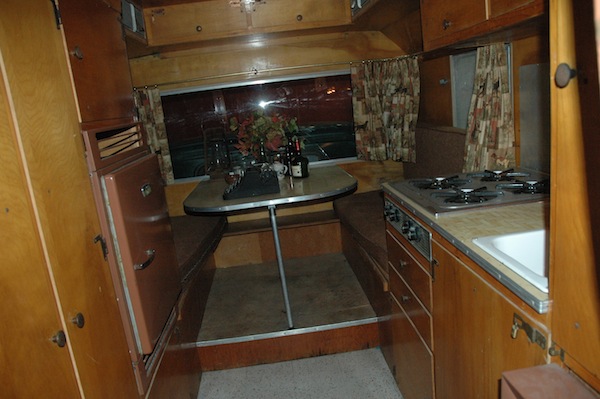 Rocinante’s interior was compact but contained a stove, a refrigerator and a table, like the cabin of a small boat.

Steinbeck writes that he left New Hampshire on what would have been Monday, Sept. 26, and drove east across the neck of Maine. He says he stopped at a motel near Bangor but that he was so put off by the sterile and plastic environment in his room that he went out and slept in the back of his truck.

In fact, on Sept. 26 he drove 250 miles from Lancaster, New Hampshire, to Deer Isle, Maine, a beautiful little island south of Bangor. He was expected at the seaside home of Eleanor Brace, a friend of his agent Elizabeth Otis.

On the Monday night that 70 million Americans watched the first televised Nixon-JFK debate from Chicago, he slept on Brace’s property by the sea in the back of Rocinante.

I wanted only to do what Steinbeck did in 1960 – cut through the city of Bangor quickly on my way to the seacoast paradise of Deer Isle, where he spent two days at a gorgeous old house I hoped to find.  Driving into the suburbs on state Route 15, the 55-mile trip to Deer Isle became a highlight reel of Maine’s L.L. Bean culture. Boats and RVs of every size, truck caps, kayaks, logs, shingles and gigantic piles of firewood lined the roadside or adorned front lawns. Gas was $2.62 a gallon. The billboard “Guns, Ammo and Camo” pretty much said it all. The closer I got to Deer Isle, the farther back in time I went and the more upscale and artsy-crafty things got.