Steinbeck stayed in Seattle longer than he intended. Based on a handful of detailed scenes he wrote in the first draft of his book that were cut entirely from the published version, he checked into a modern motel near the Seattle-Tacoma Airport. He waited three days for his wife Elaine to fly out from New York. He then showed her his old haunts in downtown Seattle before heading south. There’s no way to tell when he left Seattle, but based on when he arrived in San Francisco and what he wrote in the first draft, a good guess is that it was Thursday, Oct. 20. Day 1 of Steinbeck’s trip was Sept. 23, 1960. 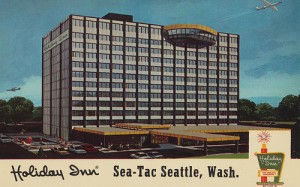 While Steinbeck waited for his wife Elaine to fly out from New York, did he cool his heels at this “modern” Holiday Inn at Sea-Tac, Seattle’s airport?

Before I left Seattle for Oregon, I made a brief attempt to find the motel Steinbeck stayed in at SeaTac, the Seattle-Tacoma airport. I went around to several older motels. But there had been too many changes in 50 years and he provided no helpful clues in the West Coast scenes cut from the first draft of “Travels With Charley.”

There were interesting details in those lost scenes, however. For example, Steinbeck said he waited for three days in a “modern” glass and Plexiglas motel room while wife Elaine struggled to book a direct jet flight from New York to Seattle. He rattled on about luxuriating in its bathtub and soft bed. He played with modern push-button gizmos. He listed – and mocked – the TV shows he watched.

“The beauty and culture of our time,” he wrote sarcastically: “Gunsmoke. Have Gun Will Travel. I Love Lucy. I love Dinah Shore. I love Barbara Stanwick. The greatest engineering minds in the history of the world had made these marvels available to me. Just looking at all those buttons brought home to me what a primitive life I had been leading.” 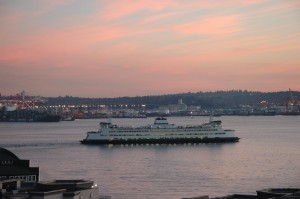 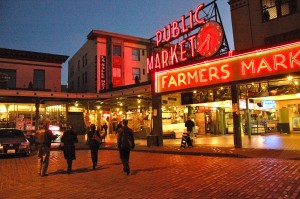