The ‘Travels With Charley’ Timeline — Day 1

The ‘Travels With Charley’ Timeline — Day 1

On Sept. 23, 2010, I left John Steinbeck’s summer home in Sag Harbor on Long Island and hit the Steinbeck Highway. (video)

To get back in touch with America and regular Americans after living in ”the island” of New York, he plans to circle the country counterclockwise and stick to two-lane highways.

He takes three ferries across Long Island Sound to New London, Conn., 36 miles away, then heads for his son’s boarding school in Deerfield, Massachusetts.

While doing research on Steinbeck’s exact 10,000-mile route around the USA I found a letter he wrote to an aide of Adlai Stevenson’s in the summer of 1960 describing how he hoped to travel on his upcoming trip. 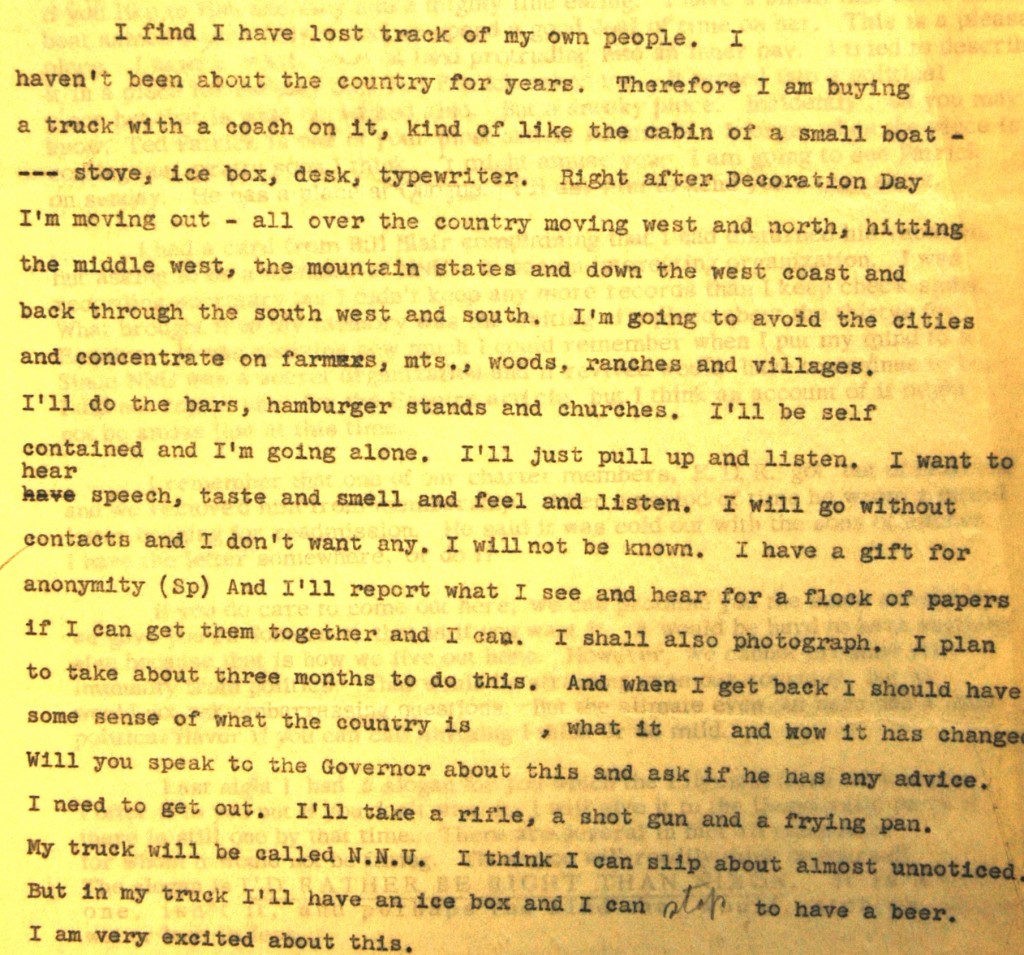 Steinbeck’s ambitious plans quickly fell apart. He actually did little of what he said he’d do on his journey, including traveling alone, but he had the right idea and it really didn’t matter. His beloved 1962 road book “Travels With Charley” was his only Number 1 New York Times best-seller (on the nonfiction list) and still sells around the world today.