Geert Mak’s Steinbeck book, “In America,” was reviewed in the Spectator magazine by a guy with a great British name, Lewis Jones.

Unfortunately, though Jones manages to give me credit for discovering the literary fraudulence of “Travels With Charley,” he screws up my politics.

Jones doesn’t know what a libertarian is, obviously, or he wouldn’t have said that libertarianism is the same as being stridently Republican.

Go to the Spectator to read the review, which is of the typical lefty variety. Or just stay here and read my comment, which gave me the opportunity to plug my book to the good people of the UK. 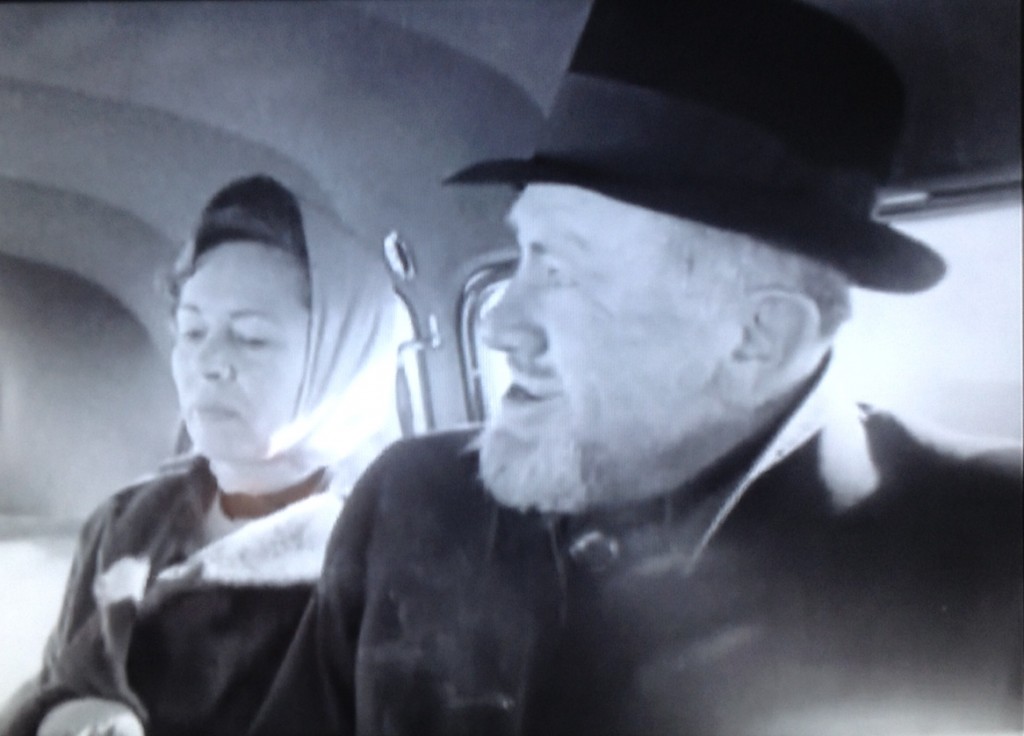 Steinbeck (with wife Elaine) as he really looked a month after completing his “Charley” trip — not as he is pictured in the Spectator.

As my new friend Geert Mak knows, for 50 years ‘Travels’ was marketed, reviewed and taught as work of nonfiction — until I came along, did some basic snooping in libraries and on the road, got lucky, proved it was mostly made up and occasionally outright deceptive and declared it a ‘literary fraud’.

(Not that I haven’t said it somewhere in a blog or interview, but the phrase ‘a very flawed load of fictional crap and deception’ does not appear in my book, which, while full of jokes, void of footnotes and liberally sprinkled with my libertarian politics, is a serious work of journalism that has changed the way ‘Travels’ will be read forever. Anyone interested in learning more is urged to buy my ‘literary expose’ at Amazon.com.UK or go to www.truthaboutcharley.com).

I especially urge Mr. Lewis to read my book — or at least skim it — before jumping to any more conclusions or launching any more of his ‘surmises’ (i.e., wild and uninformed guesses) about my politics, my affection for the Republican Party or my adherence to Fox News’ historical interpretations.

“It was Nov. 2 – Election Day. The historic date the Tea Party was going
to seize America from the Democrats and give it back to the Republicans,
the party that had taken us to a foolish war in Iraq, copiloted the
economy into a mountainside and squandered federal money it didn’t have
like drunken Democrats.”

And the morning after the election, I write:

“Overnight America supposedly underwent a historic political change. Republican Tea Partiers had seized the U.S. House and a new Golden Age of limited government, lower taxes and personal freedom was allegedly on the way. It was the usual hype and hysteria. Nothing would be changing on the U.S.S. Big Government except a few deck chairs.”

Based on his review, I surmise Lewis won’t like my politics. Nor will he appreciate what I say about the political biases and cultural snobbery of liberal New Yorkers like Steinbeck (that’s what he was in 1960) who’ve made it a habit to sneer at the politics, culture and values of the Americans they encounter in Flyover Country when they dare to travel by car between Manhattan and the Hollywood Sign.

When Lewis wrote that I take “an ‘openly libertarian’ (i.e. stridently Republican) line against the Democrat Steinbeck” he demonstrated that he has absolutely no idea what a libertarian is. (A primer: it’s someone who favors, stridently, maximum individual freedom, a weak and limited state, a system of free market — not crony — capitalism and a non-interventionist foreign policy; Brits should think John Stuart Mill, Manchester Liberalism, Bright & Cobden, Lord Acton, Hayek, etc.).

Libertarians — especially this one — wouldn’t be caught dead being ‘stridently Republican’. And while Fox News does have good libertarians like John Stossel and Andrew Napolitano, its prime-time all-stars — O’Reilly, Kelly and Hannity — are awful conservatives and/or partisan Republicans.

The America I found along the Old Steinbeck Highway in 2010 was opposite from the gloomy one my esteemed Euro-socialist colleague Mak found. I described 11,276 miles of it as well as I could, as a veteran newspaper journalist, albeit through libertarian eyes, not socialist ones.

Same country, same roads, same time; two people, two very different sets of opinions and conclusions. Steinbeck knew it would work that way and said in ‘Travels’ that the country he found would not be the same one others coming behind him would find 10 minutes later. He wasn’t lying about that, at least.

For the record: The missing Washington Post woman was/is Rachel Dry, who wrote a nice piece about her pursuit of Steinbeck’s ghost and her accidental encounter with me. http://www.washingtonpost.com/… And your photo of Steinbeck is not what he looked like in 1960, but more like 20 years earlier.