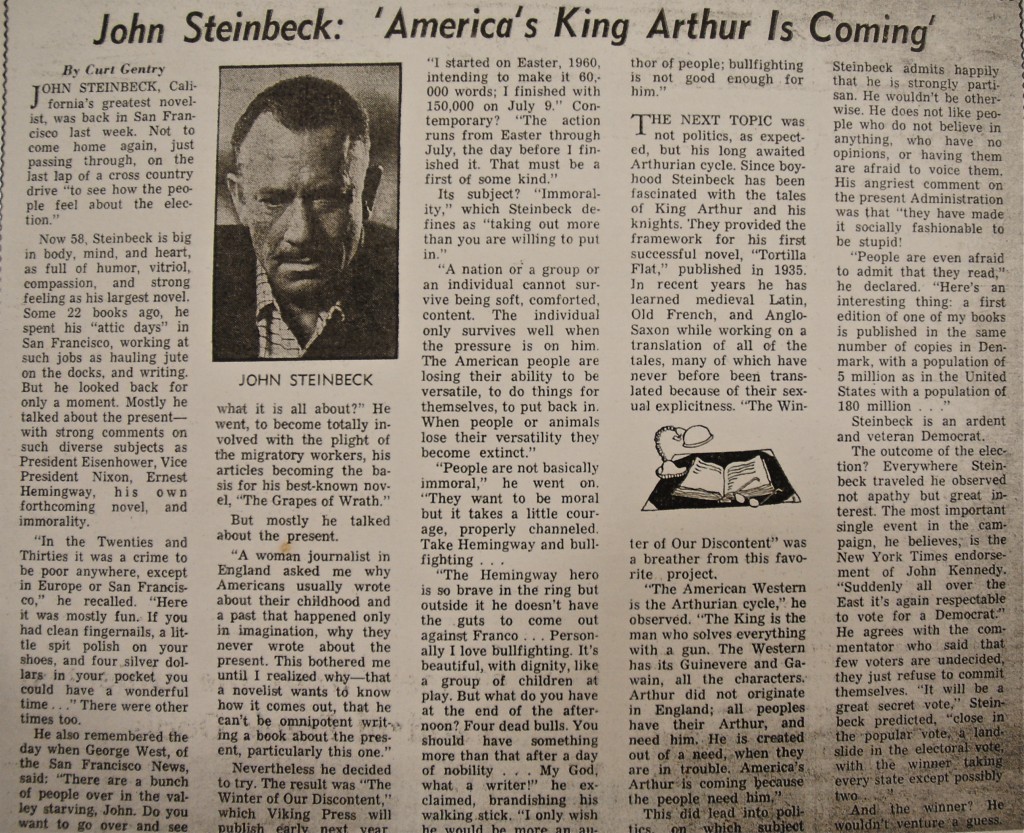 The great travel writer Paul Theroux, who doesn’t dig it when famous travel writers lie about their trips,  hasn’t read the book. But he encouraged me to write it and has credited me for my findings of Steinbeck’s literary fraud.

“I compared his published letters with his travels and saw great discrepancies,” the author of “The Tao of Travel” told me in an email. “These facts have been public for years, but no one cared to mention them. … Steinbeck falsified his trip. I am delighted that you went deep into this.”

Here’s what Curt wrote about my book in his Amazon blurb: