Hollywood Miracle: How the movie of “The Grapes of Wrath” turned out better than the book

It doesn’t happen too often in Hollywood, where art and reality go to be tortured and distorted in the name of “good” drama.

But in 1940 a miracle occurred when Darryl Zanuck  produced the movie version “The Grapes of Wrath,” Steinbeck’s mega-selling, culture-shocking, politically correct story of the Okies and Tom Joad.

The film version was better.

Time magazine’s Richard Corliss does a great job of explaining how that miracle occurred in the latest issue of what’s left of Time.

In his essay he reprints the opening paragraph of Time’s original unsigned review of the movie, which premiered 75 years ago Jan. 24 and was written by none other than then-ex-Commie Whittaker Chambers.

Chambers’ review, which can be read in its entirety here,  shows how sharp he was. Here are the opening paragraphs, which still hold true. 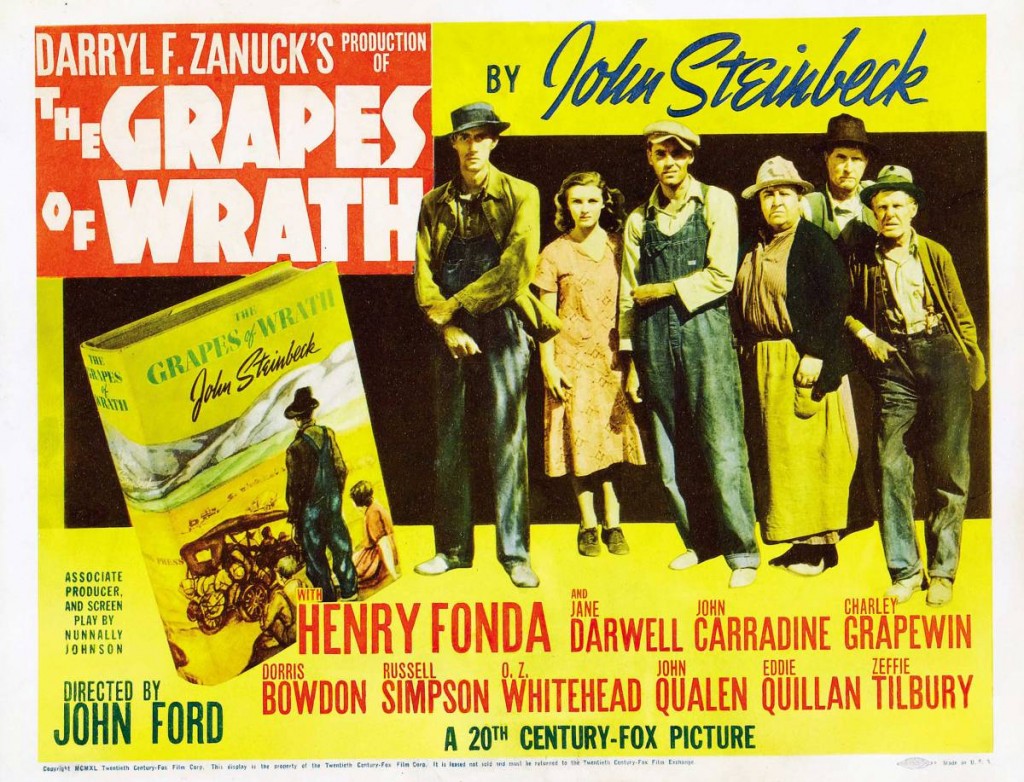 The Grapes of Wrath (20th Century-Fox). It will be a red rag to bull-mad Californians who may or may not boycott it. Others, who were merely annoyed at the exaggerations, propaganda and phony pathos of John Steinbeck’s best selling novel, may just stay away. Pinkos who did not bat an eye when the Soviet Government exterminated 3,000,000 peasants by famine, will go for a good cry over the hardships of the Okies. But people who go to pictures for the sake of seeing pictures will see a  great one. For The Grapes of Wrath is possibly the best picture ever made from a so-so book. It is certainly the best picture Darryl F. Zanuck has produced or Nunnally Johnson scripted. It would be the best John Ford had directed if he had not already made The Informer.

Part of the credit belongs accidentally to censorship and the camera. Censorship excised John Steinbeck’s well-meant excesses. Camera-craft purged the picture of the editorial rash that blotched the Steinbeck book. Cleared of excrescences, the residue is the great human story which made thousands of people, who damned the novel’s phony conclusions, read it. It is the saga of an authentic U. S. farming family who lose their land. They wander, they suffer, but they endure. They are never quite defeated, and their survival is itself a triumph.